April 8, 2010 - Columbus:  A ceremony was held at the Lloyd Medicinal Garden at the Governor's Residence and Heritage Garden to help promote fundraising efforts for the Garden. In addition, a display was created in the Carriage House Restroom area to educate visitors on the history of pharmacy in Ohio and tie it to the medicinal garden when it is planted. 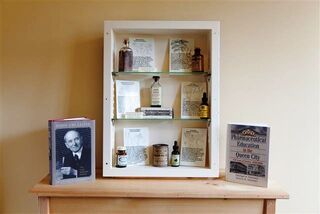 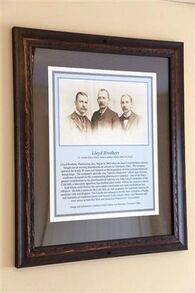 An early 1900's print of the three Lloyd brothers 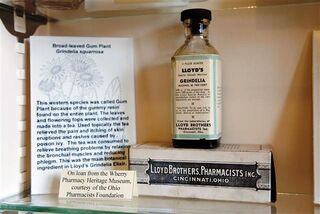 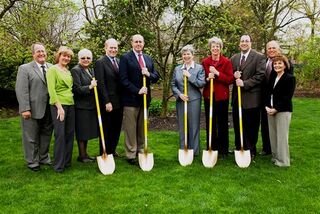 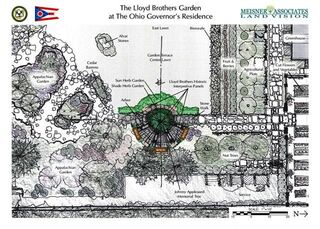 Landscaping design for Lloyd Medicinal Garden at the Governor's Residence 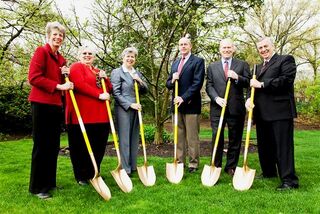 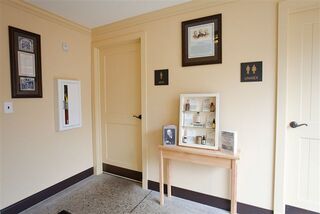 
The Carriage House Restroom area includes a watercolor print of Ohio Medicinal Plants by Diane McElwain; two replica late 17th century Delft, Holland pill tiles, with a brief history of Pharmacy in Ohio; an early 1900s print of the three Lloyd brothers (Curtis Gates, Nelson Ashley, and John Uri) with information on their influence on pharmacy in Ohio and in the U.S.; and an old fashioned medicine cabinet including empty packages, bottles and tins of Grindelia, Geranium, Wild Yam, Rhubarb and Ipecac Tablets, Echinacea Tablets, and Golden Seal. Some of these items are on loan from the Wherry Pharmacy Heritage Museum courtesy of the Ohio Pharmacists Foundation, and the Lloyd Library and Museum of Cincinnati.

Those wishing to donate toward the garden's completion may make checks payable to the Friends of the Governor's Residence and Heritage Garden. In the memo area, indicate that the donation is for the Lloyd Medicinal Garden. Donations are tax deductible. Mail checks to Ohio Pharmacists Association, 2155 Riverside Drive, Columbus, OH 43221. A plaque including the names of pharmacists and organizations contributing $100 or more will be displayed in the OPA office.