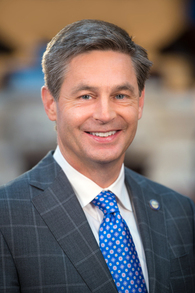 We are pleased to announce that in the late hours of the evening, SB 265, Senator Matt Dolan's legislation to formally recognize pharmacists as providers in Ohio law, has now passed the Ohio House of Representatives!

While the bill has already passed the Senate, a few tweaks in the House means the bill needs to receive an expected concurrence vote in the Senate before it can head to the desk of Governor John Kasich.

This is a significant step towards getting the bill enacted into law.

We expect a vote of concurrence in the Senate next week.

OPA has worked extensively with lawmakers and stakeholders to evolve the perception of the profession of pharmacy beyond its traditional roots in order to reflect the reality of its more service-oriented role. Now, with Senator Dolan's SB 265, we are changing key provider definitions and insurance laws to catch up to the growing role of the pharmacist.

"By including pharmacists as medical professionals with provider status, we are permitting pharmacists to practice at the top of their license," said Senator Dolan. "Pharmacists learn and train with physicians in our universities, but are not able to practice this collaborative spirit in the field; this bill allows for that."

The impetus for better utilizing all members of the health care team has never been greater. Ohio suffers from a litany of medically underserved areas, and doctor shortages are expected to get even worse in the coming years. As the demands for health care services grows, the need for tapping into "physician extenders" and the full health care team increases exponentially.

The pharmacist profession has evolved considerably in recent years, and while their scope has increased, barriers to utilizing pharmacists persist. In light of the opioid crisis, increased chronic disease costs, and growing behavioral health demands, SB 265 will help knock down the barriers that have stood in the way of health plans, hospitals, and health care teams from integrating and utilizing the pharmacological expertise of the pharmacist.

OPA thanks Senator Dolan for his acknowledgment and passion to promote and grow the role of the pharmacist as a mechanism to improve health care outcomes in Ohio. At a time when our state needs as many tools as possible to combat our pressing health care challenges, ensuring that pharmacists — the medication experts — are a usable option in the toolbox is essential. 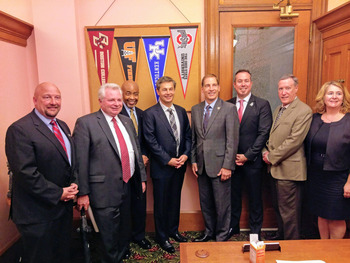 Special thanks to Senator Dolan, his staff, and the Legislative Services Commission for their tireless work with us to craft and refine the language in SB 265. Additional thanks to the Ohio Society of Health-System Pharmacists (OSHP) for some of the resources and studies that we will be using to make our case to lawmakers. We'd also like to thank Representatives Scott Lipps, Sarah LaTourette, Bill Blessing, and Speaker of the House Ryan Smith, who went to bat for the bill in the House and pressed for its passage prior to the close of the General Assembly. And of course, thanks to Senator Dave Burke for his instrumental support as we worked to create and advance the legislation in the Senate.

We would like to thank the number of pharmacists and other proponents who delivered testimony in support of SB 265 over the last year. Those individuals and their testimony are linked below:

In addition to containing these important provider status provisions, we are also pleased to report that the language from SB 56/HB 72, which would make needed reforms to step therapy, was also added to SB 265 while being deliberated in the House. OPA is supportive of the provisions to streamline step therapy for Ohio patients.

With the addition of the step therapy language into SB 265 in the House, the bill will now have to receive a vote of concurrence in the Senate, which we expect next week. If the Senate concurs with the House amendments in SB 265, the bill would then proceed to the desk of Governor Kasich.

We thank the House for advancing this important legislation, and we look forward to the next steps in the Senate and with the governor's office.